A MESSAGE FROM CLINT SMITH:

I have shot the Stoner designed AR style platform for forty-four years in one form or another as a combat decorated infantry Marine as a Police Officer and as a civilian.

I have actually used this type rifle in combat. The new Noveske Rifleworks N4 Thunder Ranch AR rifle is the best example of this rifle I have ever owned over the last four plus decades. The design implemented by the NRW team is a combination of their knowledge of the tool and my knowledge and real world application of this tool. To some people this rifle might seem expensive, my response to that is yes and in the truest sense you get what you pay for.

I own and use Noveske AR style rifles as they are the platform I teach with and even more importantly they are the rifle I would defend Heidi, Boo and myself with. I have worked on this now realized concept of the rifle for years and John Noveske is the person who listened to what I had to say and more importantly he was willing to build the rifle the way it should be built for serious applications. This concept will be copied by others in part and parcel in the future, but it will not be built better by anyone anywhere.

Heidi and I are grateful and thrilled that John, Lorina, Sheri and the NRW team has stood with us to build this very best of the breed.

My only regret is that I did not have this rifle forty-four years ago in combat, but that regret is tempered by the fact that I can and will gladly use this Noveske rifle for the rest of my teaching and shooting career.

for ultimate finish and performance

for ultimate finish and performance

Noveske Signature Back Up Iron Sights by: TROY Ind. 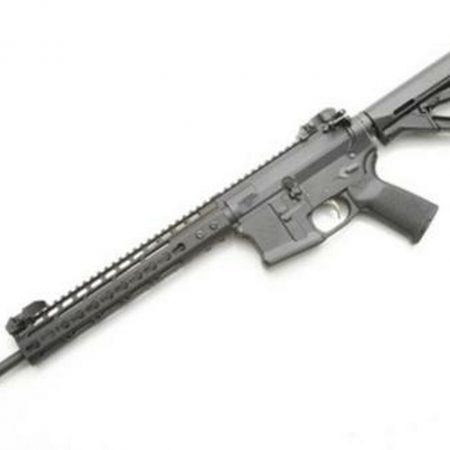