The solid vault-like action is cold hammer-forged from special steel alloy. Integral 17 mm axial scope mounting rails have integral recoil stop-slots on the top of the receiver. The sturdy bolt with three locking lugs feeds rounds flawlessly from the centerline of a detachable staggered 2-row magazine. It has a reliable feed for various ammunition types. The bolt lift is at a 60° angle for fast bolt throw.

The 2013 TRG update also introduced a new trigger mechanism for both the 22 and 42 models. This new mechanism ensures improved safety measures in case the rifle is accidentally dropped. It also features a new safety lever, which is ergonomically positioned and designed to make it faster and more convenient to use. The TRG 22/42 bolt handle attachment has been improved to withstand even the roughest handling.

The Sako TRG 22/42 2013 update introduced an improved recoil pad. This updated pad has new material to reduce the feel of recoil, allowing for better control and recovery. 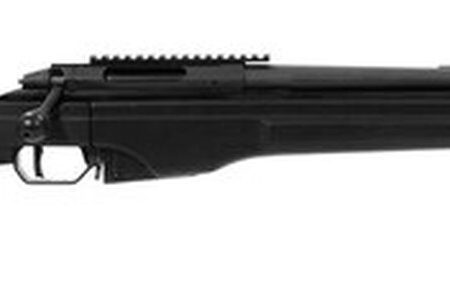