Used Springfield M60 SA-1. This firearm is used and is in ‘Very Good’ condition.

See photos for more detail about condition.(Does not include the M122 Tripod as seen in photos, shown for display only)

The original M60 Machine Gun was the main medium machine gun used by all the U.S. Military forces, from the early 1960s, through Vietnam and into the early 1980s until the U.S. Army adopted the M249 SAWs. These SA-1 rifles were designed to actually duplicate the weight, function and firing of the original M60 Machine Guns, only in a semi-automatic mode firing from a closed bolt position to enhance the accuracy as well as making them completely legal to own and operate.Springfield Armory M60 SA-1

Does not include the M122 Tripod as seen in photos, shown for display only 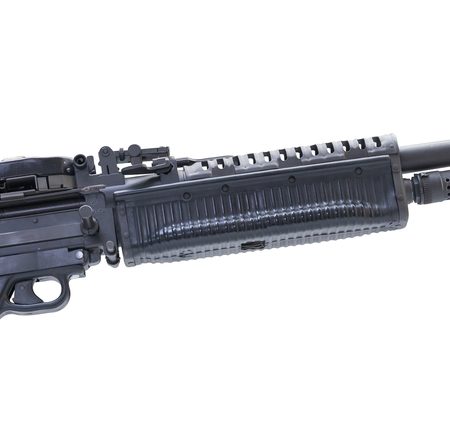